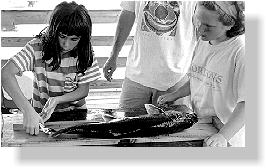 The Lake Champlain International Fishing Derby is under new Management. Jim Ehlers editor of VT Outdoors, purchased the derby from previous organizer Bill Jacobus. The LCI Derby was first run in 1982 with the mission of raising money for Lake Champlain conservation. LCI Derby also enhances recreational fishing-related tourism activity on the Lake. Over the years, as many as 10,000 anglers annually have vied for numerous prizes, and today LCI is one of the largest events of its kind. According to Ehlers the LCI Derby is now the oldest and largest derby in America.

In the 17 years it’s been held, the LCI Fishing Derby has contributed more than $200,000 to a variety of projects – from fisheries restoration and lamprey control to the development of the Grand Isle Hatchery. The economic impact of the LCI Derby is estimated at $3 million to the Lake Region towns. 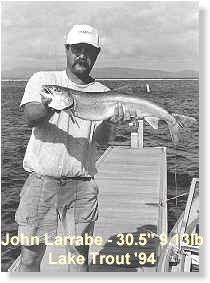 The LCI Derby offers prizes worth over $100,000. With 11 eligible species of fish, the LCI has been carefully crafted to appeal to all anglers – from the seasoned pro to the novice on his or her first trip. While there is emphasis on the popular game fish such as trout, salmon, bass and pike, species like catfish and sheepshead (freshwater drum) are also included.

To encourage entries, LCI developed special registration packages for families, and created special prizes for “Juniors” aged 14 and under. More recently, LCI created a special team competition to attract groups of anglers. Every year, some of the largest fish of the season are caught during this weekend, with many weighing upwards of 15 pounds in some 30 different species categories.

LCI’s goal is conservation. We have extremely strict minimum length requirements and, since 1988, catch-and-release has also been part of the tournament. Live holding facilities are a fixture at each weigh-in station, and special prizes have been added for keeping fish alive. Since LCI began its catch-and-release program 10 years ago, over 75% of all entered fish are released back to the Lake .

The LCI Fishing Derby will be held June 19-21 beginning 0000 on Saturday morning, and runs straight through until 6 PM on Monday. Anglers hit the water in the dark in search of their favorite quarry, and over the 3-day period hundreds of fish will be measured and weighed at weigh-in stations all around the Lake. 1999 will have 6 species prizes with 1st – 5th place winning prizes that total $45,000 in cash and merchandise. There will also be nine super port prizes and two super bonus prizes, two tesm prizes along with a tagged fish hunt. The awards cerimony will be held on the evening of June 22 at 1900.