Burlington, VT
In an ongoing case, the Vermont Supreme Court ruled in Burlingon’s favor in a dispute with the owners of the excursion boat “Spirit of Ethan Allen II“. The “Spirit” operated for the last several seasons from a dock next to the Burlington Community Boathouse from April to November.

The high court upheld a lower court decision that the owners of the excursion boat is responsible for paying the personal property taxes on the “Spirit” for the 1996 and 1997 fiscal years. Mesa Leasing, the owner of the “Spirit” owes the city in excess of $50,000 in taxes, penalties and interest.

Mesa claimed that it did not need to pay the taxes to the city during this period because the boat was not in Burlington on April 1, the date set forth in the Vermont law on which property is assessed in its location for the purpose of collecting property taxes. The boat was in storage at the Shelburne Shipyard, in Shelburne VT on April 1.

Burlington believed they had the right to tax the “Spirit” because the boat generates all of its income while operating within the city limits. Further more, Shelburne did not tax the ship when docked at the Shelburne Shipyard.

This year the “Spirit” was moved for the winter to the Champlain Marina in Malletts Bay-Colchester, Vermont.
This ruling could potentially influence the operation of several waterfront businesses. The owner of Sure Strike Charters, Captain Rich Greenough, has been a part of the Burlington waterfront for nearly 10 years is moving his operation to the Shelburne Shipyard. 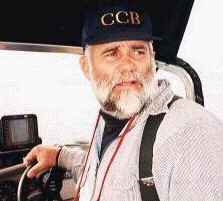 This decision clarifies the law. Burlington is the location where the “Spirit” derives its income: thus, it is also the site where it should be taxed.